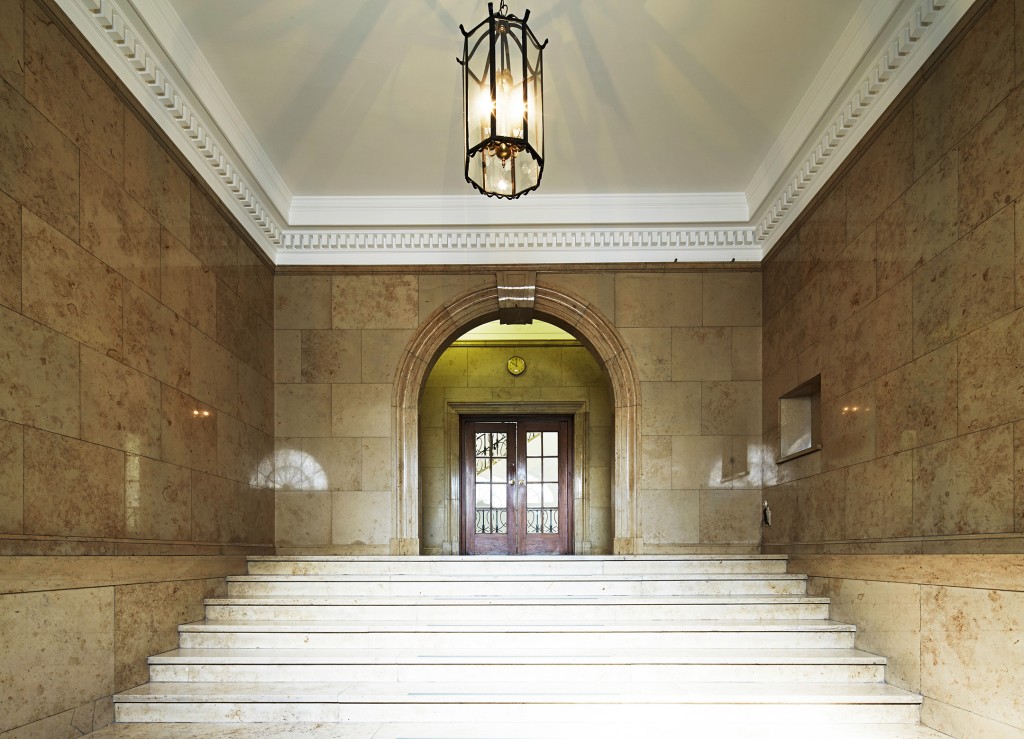 Zsolt Sluitner, CEO of Siemens Real Estate (SRE), noted that Siemens has about 5.8 million square meters of office space in its portfolio in Germany. About one-sixth of these buildings are registered historic buildings or ensembles. "Since 1949, the Palais at Wittelsbacherplatz has symbolized the heart of Siemens' headquarters. For us, it's only natural that this should be a place where tradition meets the future," said Sluitner.
Elisabeth Merk, head of Munich's Department of Urban Planning, commented on the reconstruction project in the context of city planning. "The design of Siemens' new headquarters at Wittelsbacherplatz is exemplary in successfully integrating a new, demanding construction project into the existing landscape of historic buildings and the Old City ensemble. Commendable construction processes have minimized the burden on the neighborhood. One key factor that has contributed to the project's success is the outstanding cooperation among all involved. I hope the project will continue to make good progress," said Merk.
For architect Mathias Pfeil, head of Bavaria's Office for the Preservation of Historic Places, sites that are steeped in history provide identity: "We associate our home town or region with historic places. In an age of globalization, it's all the more important to know where you are from and to preserve these roots. The sustainable use of a historic landmark is always an important and meaningful investment in our future. The Ludwig Ferdinand Palais at Wittelsbacherplatz can serve as a role model here: Tradition meets the future – in harmony with the requirements of historic preservation," said Pfeil.
Thomas Braun, General Manager Siemens Headquarters, stressed that the aim of preserving tradition and carrying it over into the next century was one of the ideas underlying the project planning phase back in 2010. "As a company headquarters that is accessible to the public, the Palais will link the city's historic center with its museum quarter," said Braun. In his view, the intensive work carried out in committees with experts and public authorities is helping the company preserve the building's heritage while equipping it for the future.
Structural analyses have confirmed that the palace – built in 1825 according to blueprints from Leo von Klenze – comprises various sections of different ages. Concealed behind the uniform facade of von Klenze's design, the different parts were repeatedly modified during the twentieth century. Most of the changes made over the years will be reversed during the renovation. "We want to treat the building with respect and modernize it in the spirit of its builder," said Braun.
Gutting part of the building is an important prerequisite for the construction of the new interior. The foundations must be reinforced and the building's structural components stabilized by installing a series of constructions – some temporary –from the basement to the roof. Differences between the ceiling heights in the main entrance area and the northern section of the palace will then be eliminated, and the original number of floors will be restored throughout the building.
The company will also proceed in accordance with Leo von Klenze's interior design plans. The color schemes and design concepts for the ceilings, walls and floors, for instance, will be based on historic reference projects.
Fire protection and security requirements also play a key role in the reconstruction work. On the northwest side of the palace, there will be space for a large stairwell with elevators that provides a seamless transition to the adjacent new building. Extensive building technology installations will be located primarily on the attic floor and in the basement.
The building's historic staircase and its east wing will remain fully intact. Striking historic features dating back to the 1950s – including the timbered ceilings in this area and the steel-reinforced concrete ribbed ceilings in the former Managing Board offices and receiving rooms on the fourth floor – will be preserved.
The gutting and exterior construction work is being performed by the Munich-based company Rank, which has successfully implemented many similarly complex reconstruction projects in the city, including the Academy of Fine Arts and the Hofstatt mixed-use development project.

Siemens AG (Berlin and Munich) is a global powerhouse in electronics and electrical engineering, operating in the fields of industry, energy and healthcare as well as providing infrastructure solutions, primarily for cities and metropolitan areas. For over 165 years, Siemens has stood for technological excellence, innovation, quality, reliability and internationality. The company is one of the world's largest providers of environmental technologies. Around 43 percent of its total revenue stems from green products and solutions. In fiscal 2013, which ended on September 30, 2013, revenue from continuing operations totaled €75.9 billion and income from continuing operations €4.2 billion. At the end of September 2013, Siemens had around 362,000 employees worldwide on the basis of continuing operations. Further information is available on the Internet at: http://www.siemens.com.
Read more
Reference Number: