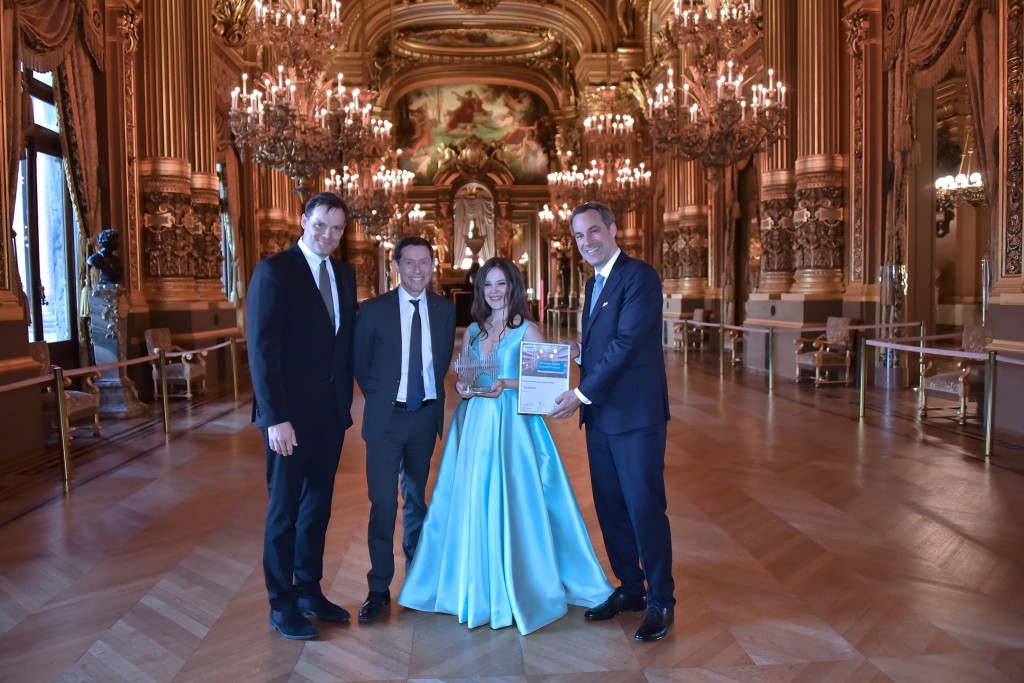 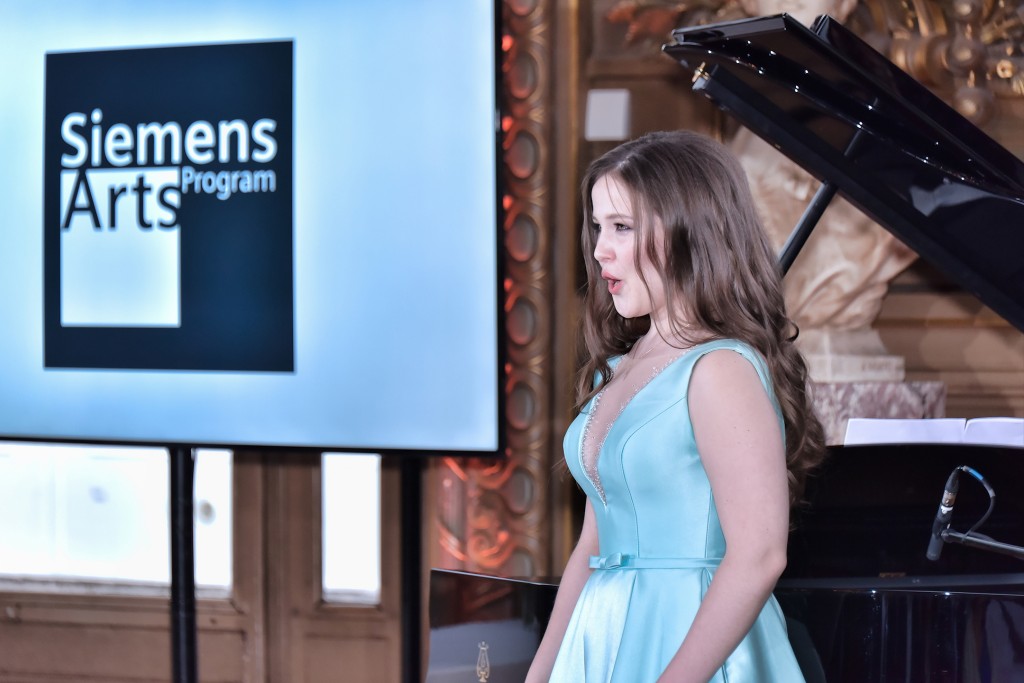 Photo of Liubov Medvedeva during her performance

The talented singer was pitted against ten other competitors but was able to win over the five-strong panel of judges. The judges were Jean-Yves Kaced (Director for Development and Sponsorship Opéra Garnier), Petra Gaich (Artistic Operations Director Salzburg Festival), Clemens Trautmann (President Deutsche Grammophon), Peter Spuhler (Director Baden State Theater Karlsruhe) and Stephan Frucht (Artistic Director Siemens Arts Program).
The award was presented to Medvedeva yesterday in the Rotunda of the Opéra Garnier by Cedrik Neike, member of the Siemens Managing Board and CEO Smart Infrastructure, as well as Nicolas Petrovic, CEO Siemens France, in the presence of Jean-Philippe Thiellay, Deputy Director General Opéra national de Paris. "I'm half French myself, so I'm delighted that Siemens is staging this special event to promote young talent at the Opéra Garnier in Paris. And as an engineer I also think it's exciting to experience an excellent performance, this time from the artistic perspective", said Cedrik Neike.
The Siemens Opera Contest is a professional singing competition for the best emerging talent. The contest started in France in 2017 and is being held for the third consecutive time this year. "As an industrial enterprise, Siemens endeavors to make its contribution to society and is committed to young talent in the world of art, in order to promote creativity in all fields", explained Nicolas Petrovic, CEO Siemens France. In 2018, the competition celebrated its 20th anniversary in Turkey, where it all began. The series of events is therefore an important building block when it comes to promoting young talent and represents Siemens' long-term commitment to culture across national frontiers. The contest also involves an exchange with artists and shines a light on innovative and future-oriented aspects of artistic creativity, which are equally important in art and in the economy.
The Siemens Arts Program focuses on music, visual arts and cultural education. It sees itself as a creative platform for the company's arts and culture projects. One of the Program's main aims is to nurture excellent emerging talent worldwide. This is done through our own emerging talent competitions and by forging links between young artists and established international cultural institutions (Bavarian State Opera, Carnegie Hall New York, Opéra national de Paris, Salzburg Festival, and the ARD International Music Competition).

Further information about the Siemens Arts Program is available at www.siemens.com/siemensartsprogram

Instagram
Siemens AG (Berlin and Munich) is a global technology powerhouse that has stood for engineering excellence, innovation, quality, reliability and internationality for more than 170 years. The company is active around the globe, focusing on the areas of power generation and distribution, intelligent infrastructure for buildings and distributed energy systems, and automation and digitalization in the process and manufacturing industries. Through the separately managed company Siemens Mobility, a leading supplier of smart mobility solutions for rail and road transport, Siemens is shaping the world market for passenger and freight services. Due to its majority stakes in the publicly listed companies Siemens Healthineers AG and Siemens Gamesa Renewable Energy, Siemens is also a world-leading supplier of medical technology and digital healthcare services as well as environmentally friendly solutions for onshore and offshore wind power generation. In fiscal 2018, which ended on September 30, 2018, Siemens generated revenue of €83.0 billion and net income of €6.1 billion. At the end of September 2018, the company had around 379,000 employees worldwide. Further information is available on the Internet at www.siemens.com.
Read more
Reference Number: