Siemens Mobility to Provide CBTC Signaling for the Extension of Metro Line 1 in Salvador, Bahia, Brazil 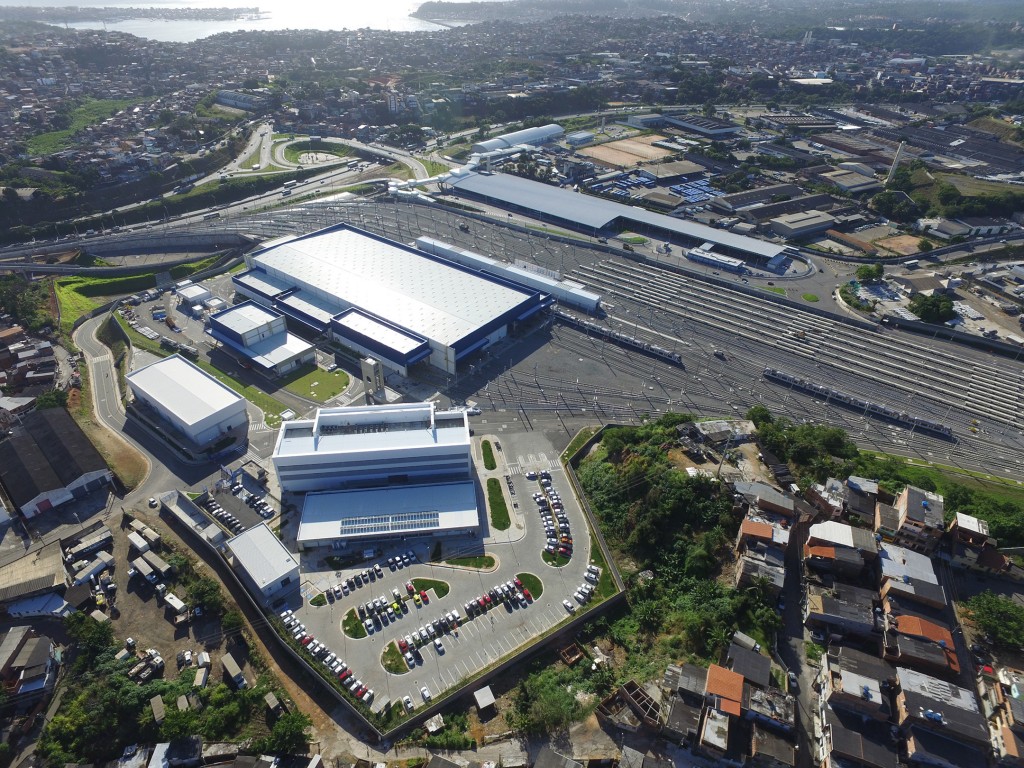 "The extension of Line 1 marks another important step in the expansion of the metro-rail system in Salvador. CTB is proud to be expanding its services together with its concessionaire CCR Metrô Bahia. We are pleased that Siemens Mobility will continue to contribute significantly to the modernization of our network", says José Eduardo Ribeiro Copello, CTB's President Director.
“The extension of Metrô Bahia Line 1 is excellent news for the people in the City of Salvador. It is a further step of the State of Bahia’s Administration to provide access to comfortable, safe, and sustainable transport. With the supply of state-of-the-art digital signaling systems, Siemens Mobility is proud to be part of this important innovation project”, says Andreas Facco Bonetti, CEO of Siemens Mobility in Latin America.
Siemens Mobility will provide the software update for all onboard units on the existing 40 train fleet and for both Operation Control Centers (the main one and the backup). This contract also includes the installation, testing and commissioning of a radio system, electronic interlockings, and wayside equipment.
The Salvador Metro started operations in 2014 and is managed as a Public Private Partnership (PPP) by concessionaire CCR Metrô Bahia and the State of Bahia’s Administration. The system comprises two metro lines extending 32 km, with 20 stations, 2 OCCs, 2 depots, and utilizes a 40-train fleet to move 370 thousand passengers per day.
Siemens’ intelligent solutions played a key role in the creation of this system, including the installation of the signaling, train control, catenary and telecommunications systems. The control system Trainguard MT, implemented by Siemens Mobility between March 2015 and July 2018, allows for the automatic train operation to be activated with a train operator onboard (Grade of Automation level 2). Even though the conductor starts the train manually, the system automatically takes over acceleration/braking and speed control between train stations and determines the train’s stoppage and the opening/closing of doors at stations. The system also allows for driverless maneuvers in the turnback areas.
In developing the telecommunications system, Siemens Mobility successfully integrated the data transmission, fixed communications, multimedia, message panel and timing, as well as the electric monitoring and radio subsystems. Siemens Mobility was also responsible for the complete catenary supply (distribution and electrical supply system for traction) in 3 kVcc for the trains.
The radio based CBTC technology provides real-time data on vehicle position and speed conditions, allowing system operators to safely increase the number of vehicles on a rail line. This results in greater frequency of train arrivals and will allow Metrô Bahia to accommodate more passengers on its system. Additionally, the technology precisely locates each train on the tracks and controls speed, improving safety for riders and employees, while also providing the ability for continuous updates on system status that results in fewer delays and up-to-date travel information.
The Siemens Mobility CBTC solution Trainguard MT is the most extensively deployed automatic train control system in the world and is also used by many operators in Latin America, like São Paulo and Buenos Aires, and around the world, including Paris, Beijing, and New York.