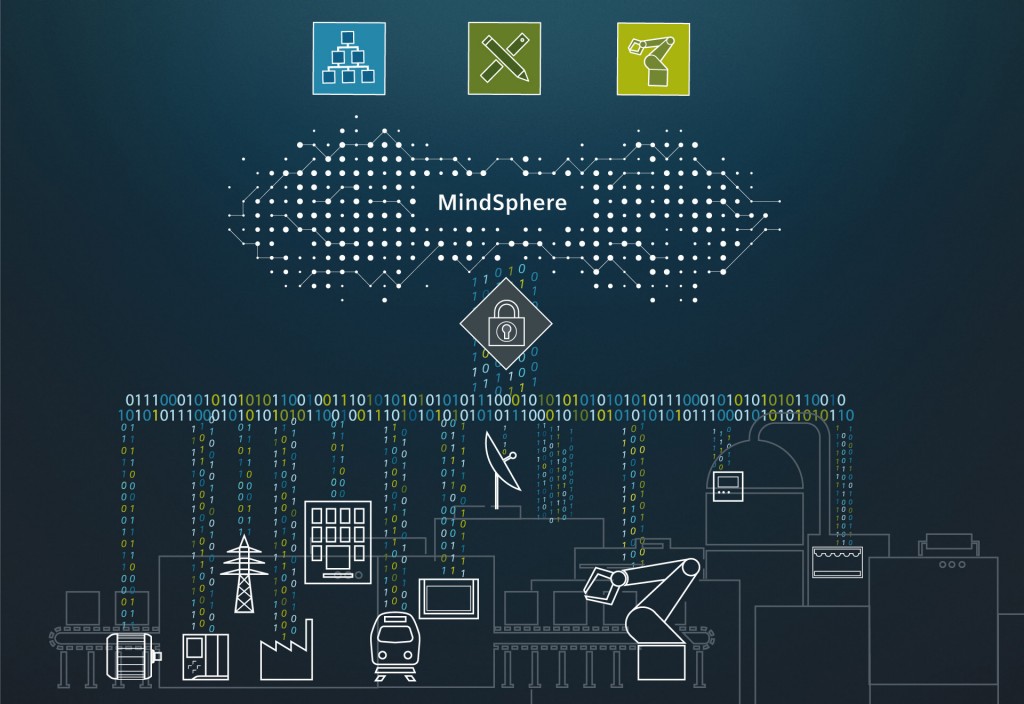 Once connected to MindSphere, enormous volumes of data can be rapidly and efficiently analyzed and weak spots identified, allowing companies to significantly improve the performance and availability of their plants with minimal effort. A future "Drive System Analyzer" app, for instance, will allow damage to a drive train to be detected at an early stage through data analysis. This will not only improve efficiency and plant availability for users, but also optimize maintenance and servicing activity. Another Siemens app, "KeepSecure!", is a management tool for automation and control systems which allows users to detect potential threats, security breaches and anomalies more quickly, and informs them about possible fixes and workarounds such as security patches.
In the MindSphere Lounge, visitors to the booth will be invited to enter into open dialog with representatives of Siemens and its partners by taking part in talks, lectures or discussion sessions on the topics of digitalization, Industrie 4.0 and the Internet of Things. One of Siemens' new MindSphere partners is Amazon Web Services, for instance. This company provides cloud infrastructure and other services for MindSphere. Another partner, Bluvision, will be demonstrating software-based indoor location technologies and health and performance monitoring solutions based on MindSphere. Also represented will be a number of IoT startups which will play a key role in creating the ecosystem surrounding MindSphere. In support of these fledgling businesses, Siemens will also be launching a worldwide start-up program entitled "MindSphere Rocket Club" in the fall of 2017.
Visitors to the Siemens booth will have the chance to experience around 20 concrete application examples for MindSphere from across different sectors of industry. One example will be a dairy production exhibit demonstrating how companies working in the food and beverage industry can use digitalization solutions to respond flexibly to changing market demands – such as the growing diversity of available flavors. This will also allow visitors to experience how KPIs of relevance to the production line and to the process section can be visualized and evaluated with the aid of specific apps using the cloud-based open IoT operating system MindSphere. In the field of power distribution, Siemens will also be using a production machine at the show to demonstrate the electrical engineering of a control cabinet on the basis of a "digital twin" fitted with components fully integrated in the TIA Portal for automated production control, as well as the capture of energy and plant data and its connection to MindSphere.
To further simplify connection to MindSphere, Siemens is offering new scope for connectivity: As a Plug&Play solution, the Ruggedcom RX1400 router with MindConnect enables users to connect directly to MindSphere, permitting data from connected assets to be simply and reliably read out and preprocessed in advance over OPC UA and/or an S7 connection. Subsequently, the encrypted data is transferred to MindSphere, where it is available for processing and analysis. The reliability and functionality of the system in extreme temperatures of between -40°C and +85°C and harsh environmental conditions make the Ruggedcom RX1400 the ideal choice for data acquisition in applications such as power supply, traffic and transport as well as oil & gas. The RFID system Simatic RF 600 now also supports the open interface OPC UA, and is the first RFID system acting as a link between the real and digital worlds to deliver data directly to MindSphere.
A new library, the MindConnect Lib, offers developers new scope for connecting embedded devices to MindSphere, and is due to be launched in the early summer of 2017. The newly disclosed northbound API allows more rapid integration of Siemens MindApps as well as partner apps. To simplify the connection of third-party assets to MindSphere, a southbound API enabling additional protocols is currently in the preparation stage.