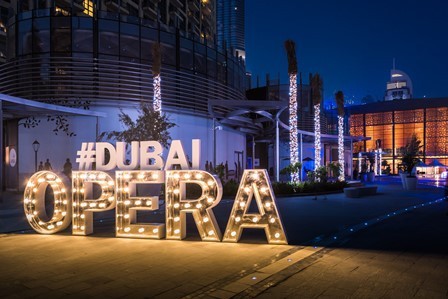 Dubai Opera is one of the world’s smartest and most energy efficient performance spaces, thanks to an almost invisible - but extremely powerful - building management platform from Siemens. The dhow-shaped building is a multi-format performing arts theatre and accommodates up to 2,000 spectators.
The day-to-day operations of the iconic building are monitored and controlled by Siemens’ most advanced building management platform, Desigo CC, and a Desigo SCADA Management System. The intelligent system generates significant resource savings by integrating the management of energy, air conditioning, ventilation and water consumption into a fully customized, 3D graphical interface.
Desigo CC also integrates 14 additional subsystems including access control, CCTV, lighting control, elevators and escalators, the emergency central battery system and an uninterrupted power supply, giving operators total control over Dubai Opera’s performance. Global installations of Desigo CC have enabled reductions in operating costs of up to 20 percent, and when combined with other Siemens technologies such as Demand Flow for District Cooling, energy savings can reach up to 40 percent.
“Dubai Opera is an important architectural landmark, and embracing the most modern digital technology for building management is a key part of Dubai’s drive to becoming a truly smart city,” said Koen Bogers, Senior Executive Vice President, Building Technologies Division, Siemens Middle East.
“The design of the building, the number of integrated systems and its use as a performance space presented some unique challenges for our team and technology, demanding a complex and highly customized solution. I am extremely proud to see our latest digitalization technology hard at work in one of the region’s most exciting new buildings.”
An innovative feature of Dubai Opera is the ability to switch between three modes; from a theatre to a concert hall and to a ‘flat-floor’ mode, which automatically folds away seating to allow the space to be used as a banquet or event hall. The Siemens technology is able to automatically switch the cooling logic of the air conditioning system between these modes for optimum guest comfort and energy efficiency.
“In a performance space like Dubai Opera it’s especially important that the building technology functions discreetly in the background, without compromising the audience experience or the integrity of the design,” says Bogers. “It’s important to acknowledge the individual needs of a structure - whether it’s a performance space, an office, a hotel or a hospital - in order to build a smart solution which streamlines operating costs, increases security and lowers environmental impact.”
It’s not the first time Siemens has been tasked with digitalizing a landmark performance venue; in 2015 the world-famous Carnegie Hall in New York was awarded a Leadership in Energy and Environmental Design (LEED) Silver Certification, following a modernization program which included implementing building automation, fire safety and security solutions from Siemens.
With digitalized infrastructure increasingly important as a cornerstone of an energy efficient smart city, advanced building technology from Siemens has been installed across the Middle East. Recently, Siemens announced that its Desigo building management technology had been implemented at Dubai Parks and Resorts, the Middle East‘s largest theme park destination, and previous installations include Abu Dhabi’s Sheikh Zayed Grand Mosque, Tornado Tower in Qatar, Atlantis Hotel in Dubai and the 3D-printed ‘Office of the Future’ in Dubai.