New structure: More entrepreneurial freedom – less centralized governance
The goal of the new company structure is to provide Siemens' individual businesses with greater entrepreneurial freedom. As a result, the organizational level of the current Divisions will be eliminated, the regional organization realigned to further increase its customer orientation, and company headquarters streamlined. "By further developing our strategy, we're building the next-generation Siemens. Less management from headquarters and more freedom for our businesses will make us stronger and more flexible," said Kaeser.
Below the Group level, there will be three Operating Companies and three Strategic Companies. The realignment will enable Siemens to sharpen its customer focus and orient its activities on the requirements of the industries in which it operates. "The days when project business, product, software and service companies, with all their different requirements, could be centrally and efficiently managed are over," said Siemens' President and CEO.
The new structure will go into effect at the start of the new fiscal year on October 1, 2018. Implementation will proceed step-by-step and is to be completed by March 31, 2019. The company's Building Technologies Division (BT), Energy Management Division (EM), Power and Gas Division (PG), Digital Factory Division (DF) and large parts of its Process Industries and Drives Division (PD) will be combined to form three new Operating Companies. The Business Units of the company will also be set up newly in a more focused manner and integrated into the three Operating Companies.


Operating Companies:
Gas and Power (GP)
Smart Infrastructure (SI)
Digital Industries (DI)
The CEOs of the newly established Operating Companies will also continue to be members of the Managing Board of Siemens AG.
The Strategic Companies will include Siemens Healthineers and Siemens Gamesa Renewable Energy, two fully consolidated companies in which Siemens holds a majority stake. Until the completion of its planned combination with Alstom, they will also include Siemens' mobility business.
The current Financial Services Division will be bundled together with Global Business Services and Real Estate Services to form the Service Companies. The optimization of Siemens' service portfolio is expected to considerably enhance efficiency.
Siemens Corporate Technology and, among other things, the company's small and medium enterprises (SMEs) will be centrally managed by Corporate Development.
On the one hand, the SMEs comprise equity stakes that are currently held in centrally managed portfolio activities (CMPA). On the other, they also include operating businesses. The operating businesses stem primarily from the current PD Division. However, the SMEs will also include Siemens Postal Parcel & Airport Logistics, which is currently part of CMPA, as well as the EM Division's subsea business. The SMEs now employ around 21,000 people and generate about €5 billion in revenue. In fiscal 2017, they had a net loss of more than €300 million. By 2023, the SMEs are expected to achieve a margin of five percent. Jochen Eickholt will head the SME unit.
In the future, Company Headquarters will be considerably leaner, and some of its tasks and employees will be transferred to other units. Headquarters will focus on core tasks (Finance, Governance & Markets, Legal and Compliance, Human Resources and Communications).


Expansion of the digitalization business
The acquisition of mendix and entry into the IoT Integration Services business will enable Siemens to rigorously expand its market leadership in industrial digitalization. mendix is a leader and pioneer in the area of so-called low-code application development platforms. mendix technology makes it possible, among other things, to program and deploy apps up to ten times faster. Due to its speed, this technology will allow MindSphere customers to develop their own apps considerably faster and at significantly lower cost. The purchase price is €0.6 billion. The transaction, which is subject to regulatory approval, is expected to close in the first quarter of fiscal 2019. More information on this transaction is available at www.siemens.com/press/PR2018080264COEN.
With the newly formed Business Unit for IoT Integration Services Siemens is expanding its IoT platform offering to provide comprehensive support to customers in their digital transformation. Leveraging many years of experience in a wide range of industries as well as leading technologies such as artificial intelligence and cybersecurity, Siemens plans to offer consulting, design, prototyping and implementation services. Until 2025, the market for IoT integration services is expected to achieve annual growth rates of ten to fifteen percent. Siemens plans to hire about 10,000 employees in this area by 2025. 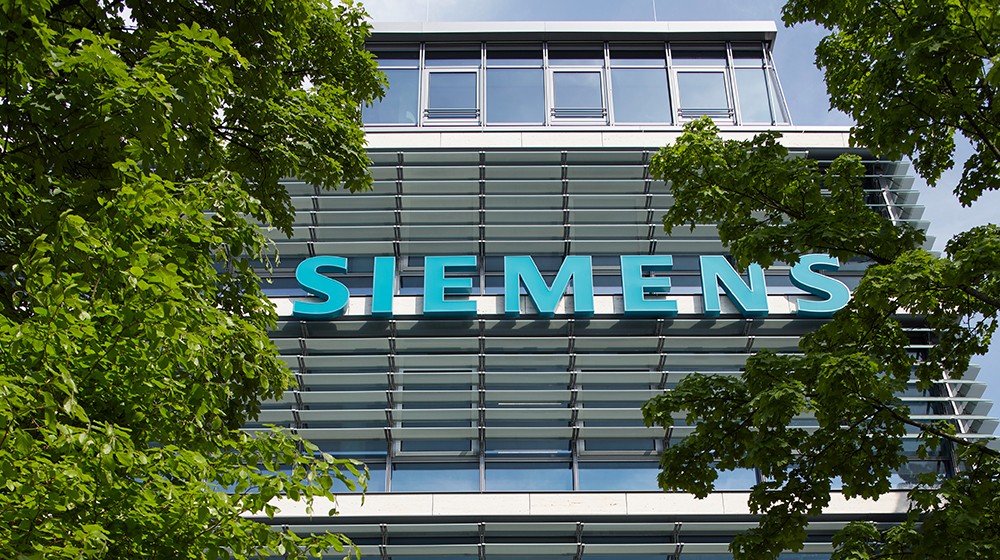