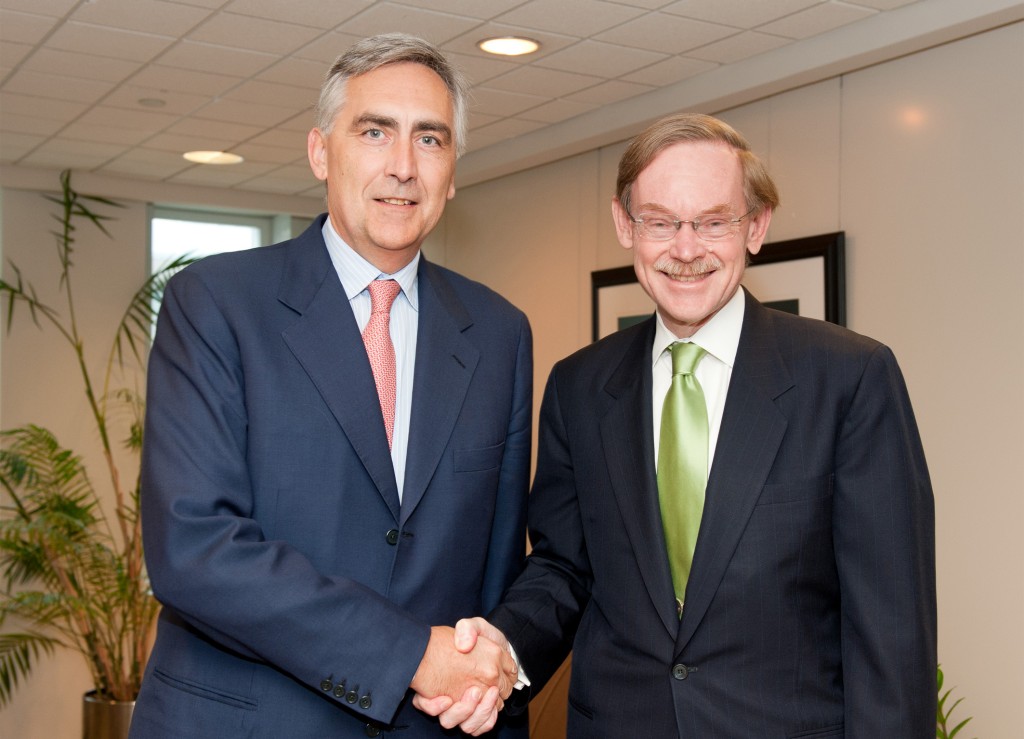 “Siemens stands for top performance with the highest ethical standards,” said Peter Y. Solmssen, Member of the Managing Board and General Counsel of Siemens AG.  “Together with the World Bank Group, we want to promote integrity and fair competition worldwide. With the selection of the projects for the Siemens Integrity Initiative, we have taken the first important step in this direction.”
“We welcome the company’s initiative and clear commitment to the principle that only clean business is good, sustainable business“, said Leonard McCarthy, Integrity Vice President of the World Bank Group. “Corruption steals from the poor, and it can only be tackled on a joint basis. The projects of the Siemens Integrity Initiative will help strengthen the will to combat corruption worldwide and improve conditions for everyone.”
Projects that will be supported by this initial tranche include assisting the Brazilian organization Instituto Ethos in ensuring the transparent award of the infrastructure contracts for the Football World Cup 2014 and the Olympic Games 2016 in Brazil. In Europe, the newly founded International Anti-Corruption Academy is receiving funding for research and teaching. This Vienna-based international organization was set up to train anti-corruption experts from all over the world.
Other initiatives will be supported in the following countries: Angola, Brazil, China, Egypt, Hungary, India, Indonesia, Italy, Mexico, Nigeria, the Philippines, Russia, the Slovak Republic, South Africa, the Czech Republic, the U.S. and Vietnam and various Middle Eastern states.
As part of the World Bank-Siemens AG settlement agreement, the World Bank has audit rights over the use of the funds and veto rights over the selection by Siemens of anti-corruption groups or programs receiving funds. The selection was made with a view to achieving a balance with respect to the topics and the regional distribution of the funds.
In December 2009, Siemens announced that funds totaling US$100 million would be distributed over the next 15 years to nonprofit organizations worldwide that promote business integrity and fight corruption. This initiative is part of the agreement concluded between Siemens and the World Bank following an investigation by the World Bank's Integrity Vice Presidency and Siemens’ acknowledgement of past misconduct in its global business.
“Siemens is now setting a global example,” said Theo Waigel, the company’s independent Compliance monitor. “Here a compliance organization with over 600 employees has been established. The new management operates according to the basic principle that only clean business is Siemens business.’”
Further funding agreements as part of the World Bank-Siemens Initiative will be announced in 2011.
Contacts:
World Bank: Dina El-Naggar, +1 202  473-3245
Siemens AG:  Alexander Becker, +49 89 636 36558
Detailed information about the criteria for the selection and profiles of the projects to be funded can be found at: www.siemens.com/integrity-initiative
Background:
The comprehensive settlement with Siemens arose out of a World Bank investigation and the company’s acknowledgment of past misconduct in its global business. As part of the settlement, Limited Liability Company Siemens (OOO Siemens), a Russian subsidiary of Siemens AG, has been debarred for four years in connection with violations committed prior to 2007. The findings resulted from an investigation by the World Bank's Integrity Vice Presidency into fraudulent and corrupt practices under the Bank-financed "Moscow Urban Transport Project".