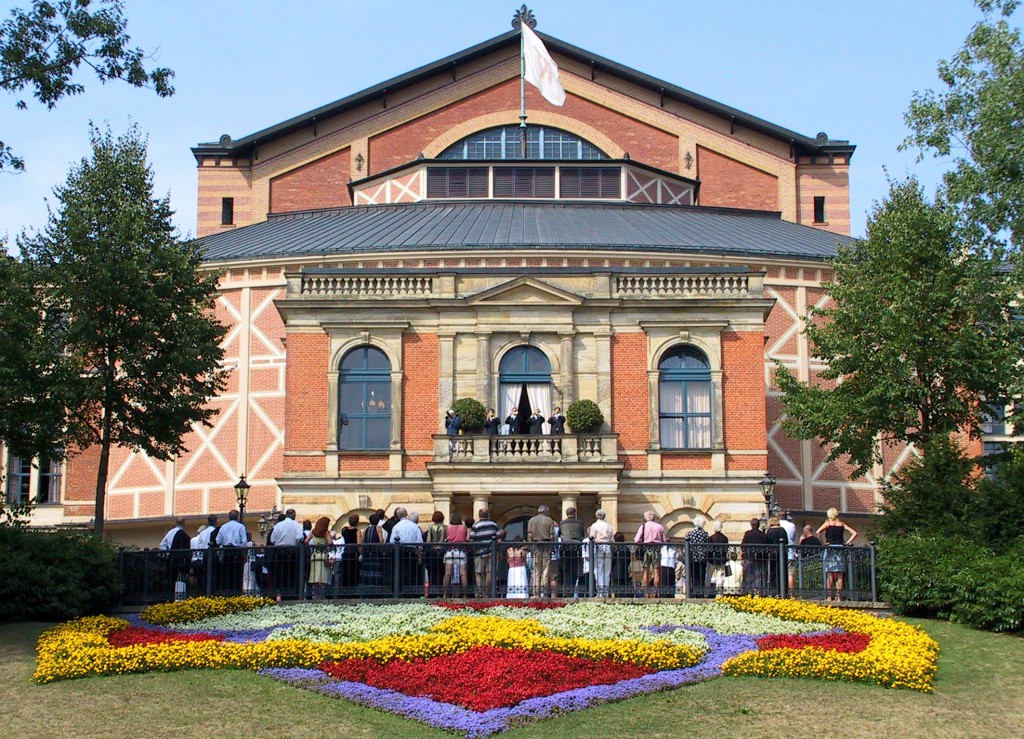 Richard Wagner himself dreamed of making his opera festivals available to all, and his great-granddaughter Katharina Wagner also wants to open up the Festival to a broader public. Reflecting this wish, the Bayreuth Festival is again teaming up with the city of Bayreuth and Siemens to offer the Siemens Festival Night in an unusual and technically innovative way. The Siemens Festival Night will again be presented as a free public viewing event at the Bayreuth Festplatz and offer even more attractions than last year. In addition, the live broadcast of the opera will also be offered worldwide as a high-quality and affordable webstream to all those who have broadband Internet access.
“We are especially grateful that Siemens is helping make the Festival accessible to a wide public,” said Katharina Wagner. “The Festival will continue pursuing a strategy of transparency while setting artistic standards for future interpretations of Wagner and winning new opera fans with the help of the Siemens Festival Night,” commented the youthful new Festival head on the “Green Hill” and added: “With Siemens, we have found a partner that stands for tradition and change, innovation and sustainability – a partner that shares our values and goals.”
“Our cultural and social commitments are a living tradition at Siemens and originated with our founder Werner von Siemens,” said Siemens Communications head Stephan Heimbach. “Today we use state-of-the-art technologies, for example, to present art and culture to a broad international public.” For the Siemens Festival Night, the company will utilize innovative technology to win greater acceptance and enthusiasm for this cultural event worldwide, especially among younger people. “The blending of artistic and technical excellence here will have a lasting overall effect,” emphasized Heimbach. The Siemens Festival Night also demonstrates that excellent cultural work can attract great interest and strong support even in times of a global economic crisis.
Siemens’ commitment
In the social area, Siemens is committed to developing education and research, providing assistance through social aid programs, and supporting art and culture. All three focal points are currently being bundled under the roof of the Siemens Stiftung, which has been endowed with €390 million. In fiscal 2008, Siemens AG invested around €50 million in donations and project funding for social activities, including a broad range of cultural activities.
Siemens’ cultural projects, such as the Festival Night in Bayreuth, aim at stimulating a dialogue among representatives of culture, society and business. Siemens considers culture to be a vital link among societies and a bridge to the business community. The interaction of a broad public with art and culture leads to better understanding and open-mindedness among people. At the same time, Siemens’ commitment to art and culture underscores the company’s close ties with its social environment and the motivation of its employees. “The more receptive society is to such interaction, the better the environment for Siemens as an innovation leader,” noted Heimbach.
Details on the public viewing
The intensified partnership with the Wagner Festival can now be seen in the expanded Siemens Festival Night. Even more attractions will be awaiting the tens of thousands of visitors to the Festplatz in Bayreuth than in the past year, when crowds exceeded all expectations. A larger public viewing area for the 90-square-meter screen will also offer families more space, while the sandy area in front of the Beach Bar now accommodates more deck chairs. Excellent HD video quality and an advanced 3-D sound system will ensure a superb opera experience for all viewers.
The Siemens Festival Night will include a wide-ranging program designed to delight all the senses. Music publisher Axel Brüggemann, an experienced moderator, will keep the audience informed of events onstage and backstage. The live relay of “Tristan und Isolde” will begin at 3:00 p.m. and end shortly after 9:00 p.m. Concessions on the perimeter of the viewing area will offer a variety of food and beverages, and Festival brass fanfares will announce the end of the intermissions. After taking their bows inside the Festspielhaus, the singers will appear at the Festplatz and celebrate the performance with their fans.
Details on the Internet webcast
Opera fans will also be able to enjoy the delights of the Siemens Festival Night online. A Internet webstream will be available via the Siemens Internet Portal at www.siemens.com/festivalnight and is especially user-friendly. The Siemens Help Desk will offer quick and uncomplicated technical advice in various languages. Depending on their Internet provider and computer equipment, users will have the choice of three different image resolutions. Optimal image and sound quality will be possible with the highest HD resolution. In addition, viewers can choose to have German subtitles displayed during the performance. Although the webcast won’t be free like the public viewing in Bayreuth, the fee is just under €15, with proceeds being distributed among the performers in accordance with a licensing arrangement contractually agreed upon by Bayreuther Festspiele Medien GmbH and the performers. Internet viewers will not only enjoy the live relay, but also have the possibility of watching the performance once again “on demand” within the following two weeks.
The Siemens Festival Nights are highly popular. Last year, tens of thousands of viewers enjoyed Wagner’s “Meistersinger” to the final note and were delighted with Bayreuth’s inaugural Festival Night. The somewhat smaller public viewing space for the Salzburg Festival, which Siemens has supported since 2001, also attracts similarly large crowds. All in all, over a quarter of a million people have attended and enjoyed the various Siemens Festival Nights.