Independent power grid as a milestone for an energy transition project 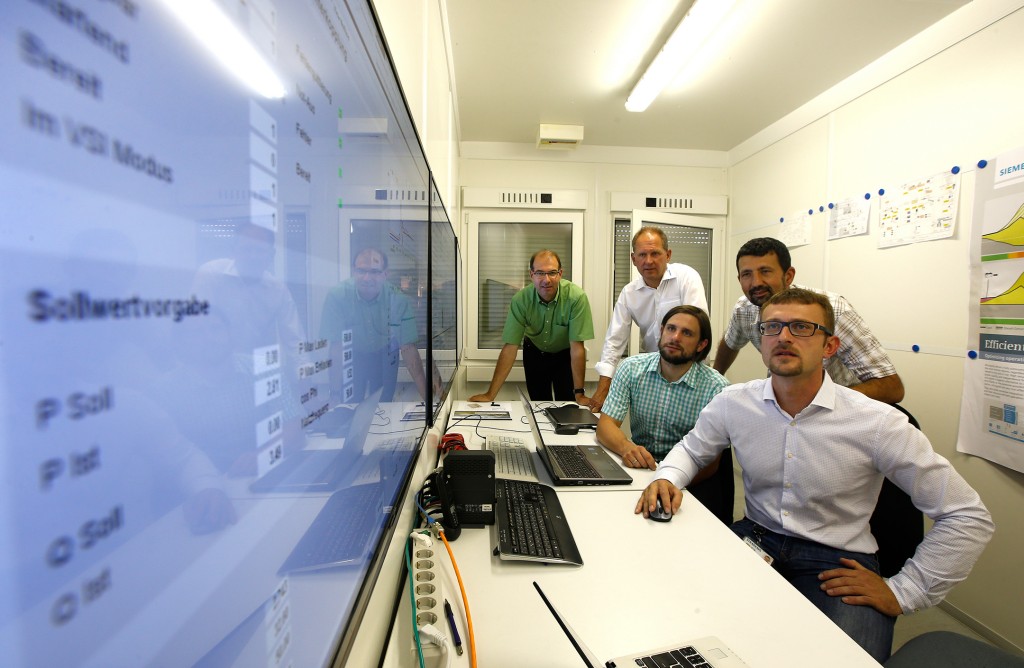 "Increasing amounts of distributed energy systems such as photovoltaic and wind in local grids require more intelligent control to maintain grid stability and optimal operation", stated Constantin Ginet, head of Global Microgrid Solutions at the Siemens Energy Management Division. "In Wildpoldsried we have now successfully proven the ability of a Microgrid to perform under real conditions. This is a significant milestone demonstrating that, in the future, Microgrids can play an important role in supporting the success of the energy transition in Germany and around the world."
Testing of the microgrid took place within the IREN2 research project. Siemens, the Allgäuer Überlandwerke, IDKOM Networks GmbH, RWTH Aachen and the Kempten University of Applied Sciences set up and have been testing a smart grid, that is, an intelligent power supply grid in the Allgäu region of Germany since 2011. The goal of this project is to technically and economically optimize an energy system with distributed power generation. The joint R&D collaborative project IREN2 focuses on microgrids as island grids, along with the use and operation of microgrids as topological power plants. Microgrids are independent supply regions that are not connected with the main grid and which therefore place special demands on operations management. Topological power plants are sections of the grid whose loads and power producers can be controlled commonly, much like a conventional power plant. The community of Wildpoldsried, with a population of around 2,500, supplies its energy needs entirely from renewable energy sources and produces seven times as much electricity as it consumes over an entire year.
Providing proof of the capability of the low-voltage microgrid to reliably supply power took place in four steps. Experts first deliberately initiated a power failure. Power supply was then restored in the affected grid section locally as an islanded grid. Operation of this islanded grid functioned smoothly while being disconnected from the main grid. In the next step, the partners resynchronized the islanded grid with the public grid without any interruption so that the 32 connection points in several streets, including a school, a kindergarten, an industrial building and several households did not notice any negative impacts from this. Finally, the experts demonstrated how the section of the grid involved could be switched to operation as an islanded grid and resynched with the public grid at the "push of a button", without any interruption in power supply.
"We and our project partners will further apply and expand the results and insights gained from the microgrid tests conducted within the framework of IREN2", declared Andreas Armstorfer from the Kempten University of Applied Sciences.
"As we had assumed in advance, our customers did not notice any change from standard operation to the island grid", stated Guido Zeller, IREN2 project manager and employee of AllgäuNetz GmbH & Co. KG. "Here and today we have once again driven the energy transition another step forward by our participation in this research project", adds Michael Lucke, managing director of Allgäuer Überlandwerke GmbH.
The testing of the island grid in Wildpoldsried will serve as a model for other low-voltage grids in the future, for microgrids will continue to grow in importance in a fundamentally evolving energy world. Power from renewable energy sources will play an ever-increasing role. At the beginning of the 90s, there were only around 100 large-scale power plants that produced power in Germany. Since then, the number of small, distributed power generation facilities has risen to several million – and this number will continue to increase in the future. As the portion of renewables-based energy continues to grow, so also will fluctuations in power generation. Smart grids represent a solution to this. Thanks to their intelligent control and energy storage capabilities they can compensate for volatile power generation and consumption, thus enabling stable grid operation.

This press release and a press image are available at www.siemens.com/press/wildpoldsried
For further information on IRENE2, please see http://www.iren2.de/de/