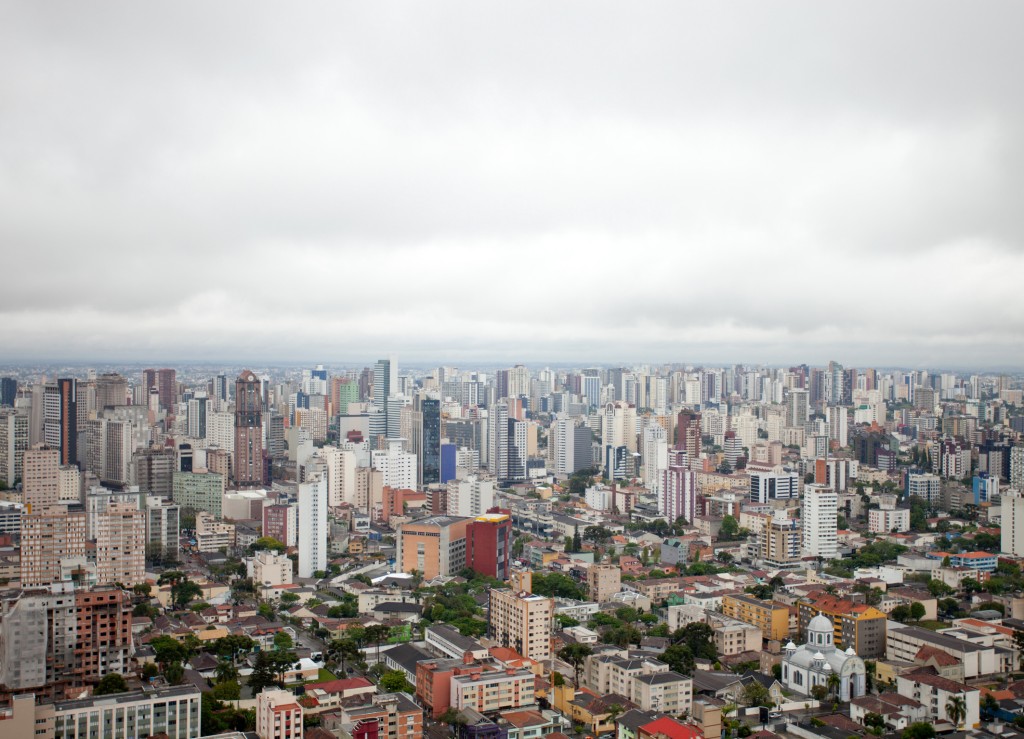 The Latin American Green City Index analyzes the ambitions and the actual performance of Latin American cities in respect of environmental and climate protection across eight different categories: energy and CO2, land use and buildings, transport, waste, water, sanitation, air quality, and environmental governance. "The study shows that cities that take a holistic approach score particularly well," explains Leo Abruzzese, Global Forecasting Director at the Economist Intelligence Unit. Curitiba, for instance, a city of 1.7 million inhabitants, has been pursuing a long-term strategy since the 1960s to control urban sprawl, and to plan and manage its transportation systems. By contrast, cities that respond in an ad hoc manner to the urgent problems facing them generally score lower. In such cities, the infrastructure growth tends to be less coordinated, which has a negative impact on overall efficiency.
According to the United Nations Population Division, around 81 percent of the population of Latin America lives in cities, making these countries some of the most heavily urbanized emerging economies. Worldwide, more than 50 percent of people live in cities, and urbanization is the trigger of many problems being experienced in traffic management, and in power and water supply. Cities are also at the forefront in the battle to combat climate change. "The battle against climate change will be won in cities, as they are responsible for around 80 percent of all man-made CO2 emissions," as Peter Löscher points out.
With its Environmental Portfolio, Siemens is an ideal partner for implementing climate-friendly infrastructure solutions, and the company boasts the world's biggest and broadest range of products and services in the arena of environmental technology. "We are a pioneer of green infrastructure, and posted sales of around €28 billion in this segment in fiscal 2010," says Peter Löscher. The company's portfolio includes technologies for ecofriendly power generation, transmission and utilization, whether for industrial applications, building technology, transportation or lighting. In recent years, for instance, Siemens has helped numerous Latin American cities to expand and upgrade their rail networks, and their municipal power generation and building automation systems. In addition to hydroelectricity, other renewable energy sources are gaining in importance when it comes to supplying power to rapidly growing cities. Siemens, for example, is a partner for wind farm projects in Latin America.
The Latin American Green City Index is the second such comparative study of sustainable urban infrastructure that Siemens has commissioned. It is based on a similar one of European cities carried out by the Economist Intelligence Unit, which was published at the occasion of the United Nations Climate Change Conference COP 15 held in December 2009. In that study, Copenhagen was Europe's "greenest city." The methodology used in the study was developed by the Economist Intelligence Unit in consultation with urban experts from, for example, the OECD and the World Bank. Similar surveys are planned for other world regions. In many Latin American countries, the topic of sustainability has not yet taken hold as it has in Europe. This is why the Latin American Green City Index may be regarded as a pioneering effort in helping to disseminate knowledge of sustainable urban infrastructure in Latin America.

Siemens AG (Berlin and Munich) is a global powerhouse in electronics and electrical engineering, operating in the industry, energy and healthcare sectors. For over 160 years, Siemens has stood for technological excellence, innovation, quality, reliability and internationality. The company is the world’s largest provider of environmental technologies, generating some €28 billion – more than one-third of its total revenue – from green products and solutions. In fiscal 2010, which ended on September 30, 2010, revenue totaled €76 billion and net income €4.1 billion. At the end of September 2010, Siemens had around 405,000 employees worldwide. Further information is available on the Internet at: www.siemens.com.
Read more
Reference Number: