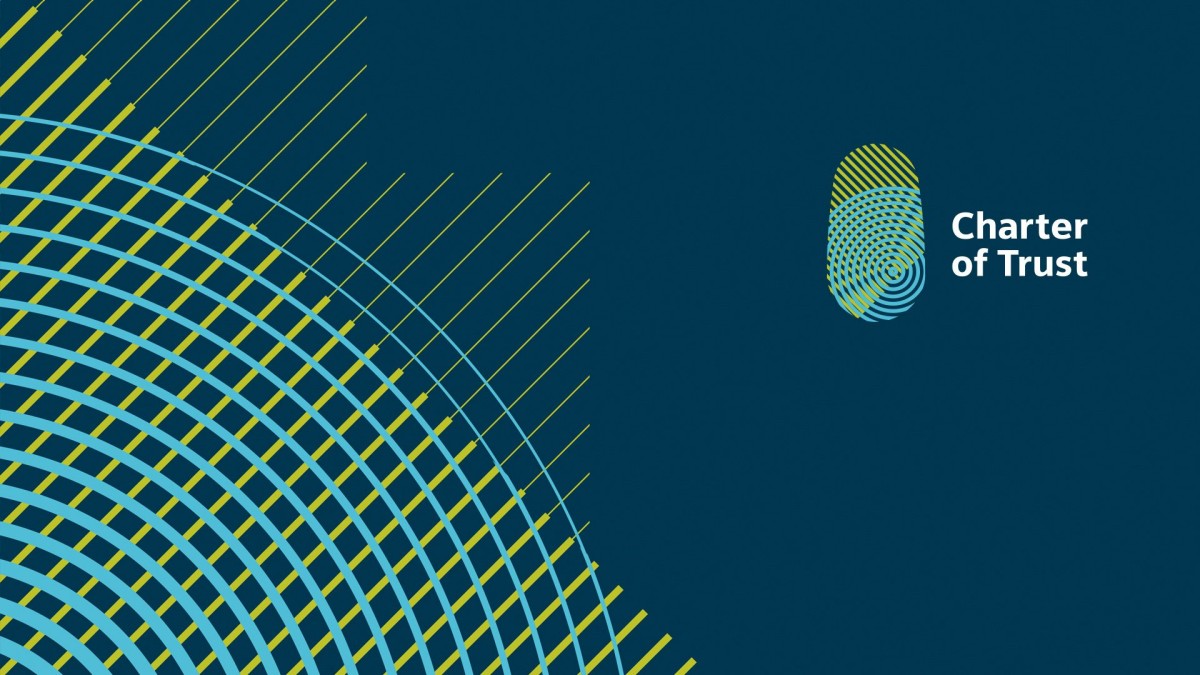 At the Munich Security Conference 2018, Siemens and eight partners from industry signed the first joint charter for greater cybersecurity. Initiated by Siemens, the Charter of Trust calls for binding rules and standards to build trust in cybersecurity and further advance digitalization. Since 2018, the Charter of Trust has grown to 16 members. In addition to Siemens and the Munich Security Conference, the signatories include AES, Airbus, Allianz, Atos, Cisco, Daimler, Dell Technologies, Deutsche Telekom, IBM, NXP, SGS, Total and TÜV Süd.

In addition, the German Federal Office for Information Security, the CCN National Cryptologic Center of Spain and the Graz University of Technology in Austria have joined the charter as associate members. On February 19, 2019, Mitsubishi Heavy Industries (MHI) signed a letter of intent to join the Charter of Trust for cybersecurity in Tokyo, expanding the Charter’s reach into Asia. The company’s membership is expected to be finalized by the end of September 2019. MHI will be the first Asian company to join the global cybersecurity initiative.
Press Release08 April 2020

Siemens and 16 other global companies support cybersecurity for telework 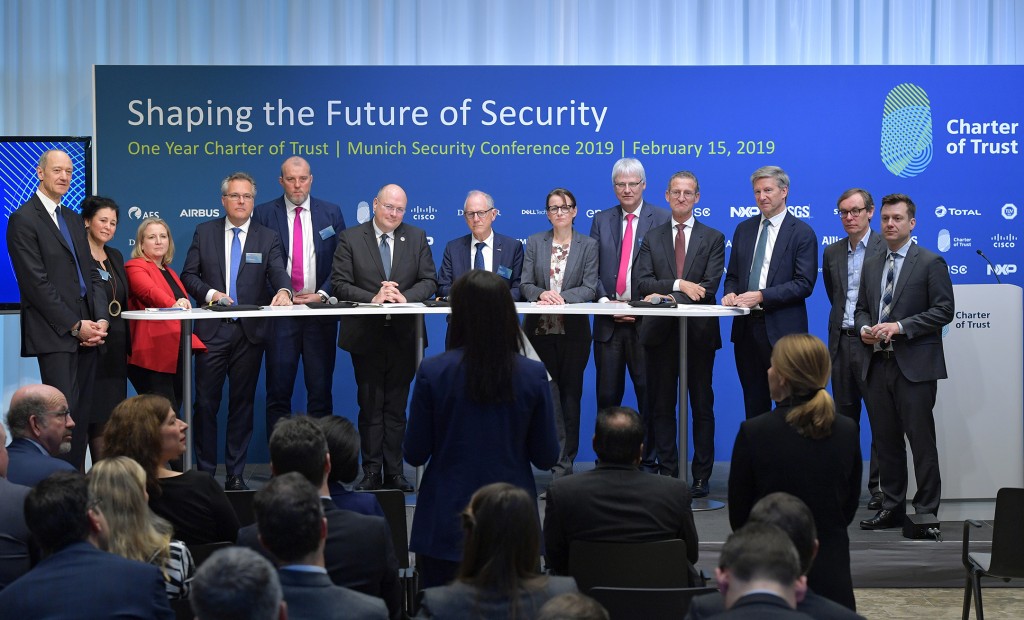 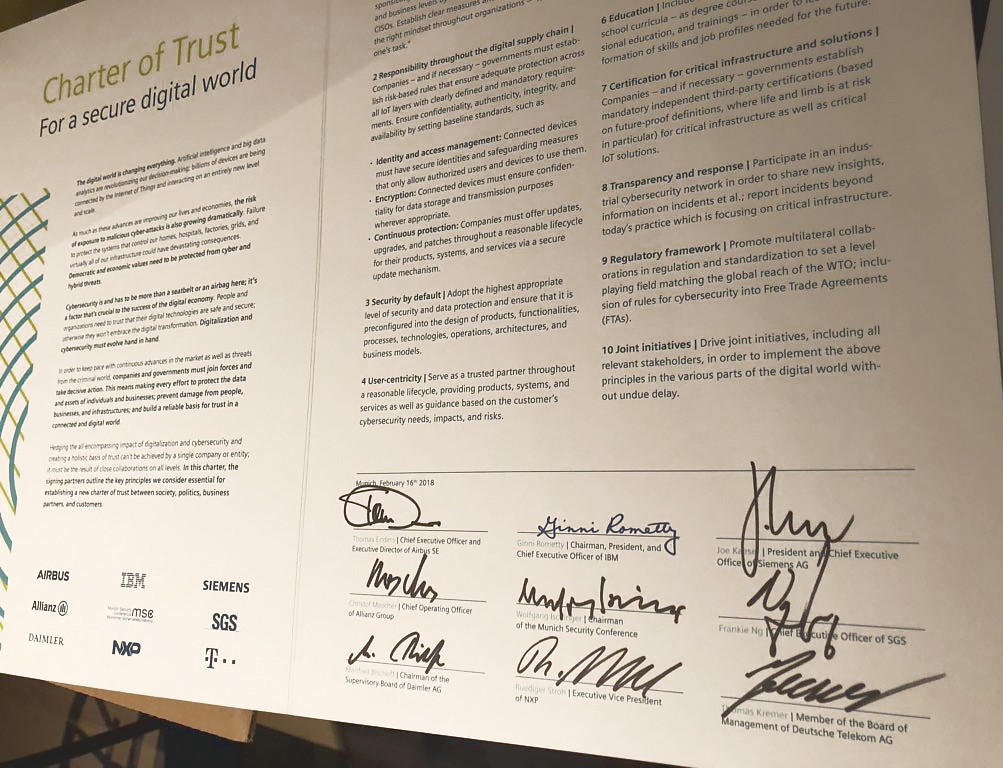 At the Munich Security Conference today, Siemens and eight partners from industry will sign the first joint charter for greater cybersecurity.
Initiated by Siemens, the Charter of Trust calls for binding rules and standards to build trust in cybersecurity and further advance digitalization.

Siemens CEO Joe Kaeser: "Cybersecurity is the key enabler for successful digital businesses as well as protecting critical infrastructure. We hope that this initiative will lead to a lively public awareness and, ultimately, to binding rules and standards." 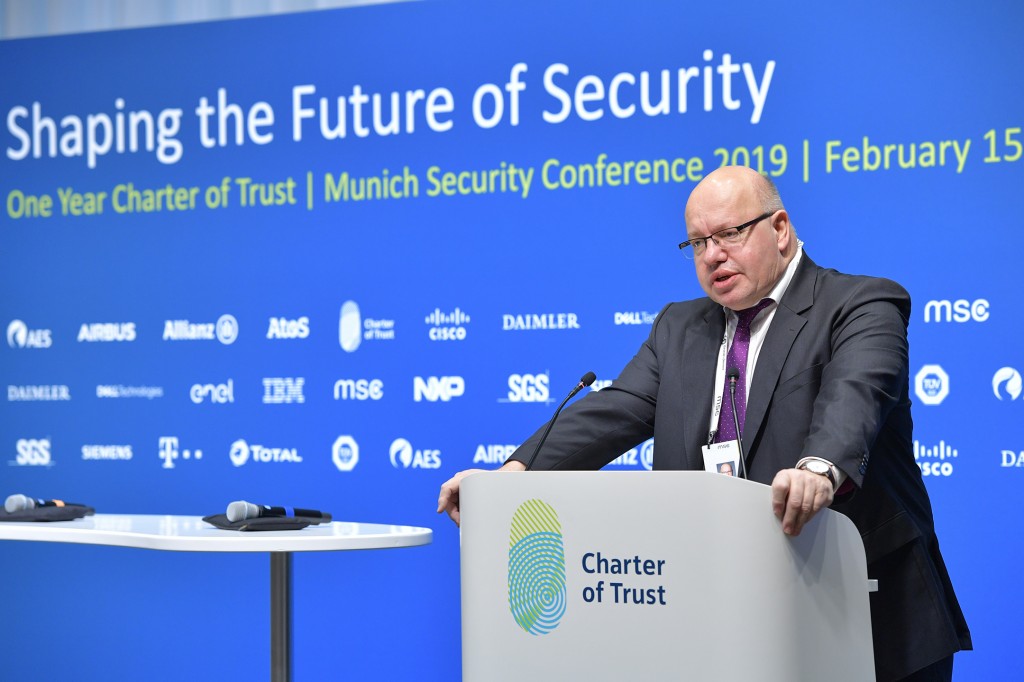 One year of the Charter of Trust: The Charta is also being supported by German economics minister Peter Altmaier.

The Charta gains new members: Arne Schönbohm of the BSI German Federal Office for Information Security and Reinhard Posch of the Graz University of Technology in Austria sign the contract.

Roland Busch on the Charter of Trust on Cyber Security

Roland Busch, Member of the Managing Board and Chief Technology Officer of Siemens AG, appeals to join in on the Charter of Trust on Cyber Security. Initiated by Siemens, the Charter of Trust calls for binding rules and standards to build trust in cyber security and further advance digitalization and stands for the protection of data of individuals and businesses. Roland Busch hopes signing of the Charter leads to a lively public debate on Cyber Security as well as binding rules and standards. 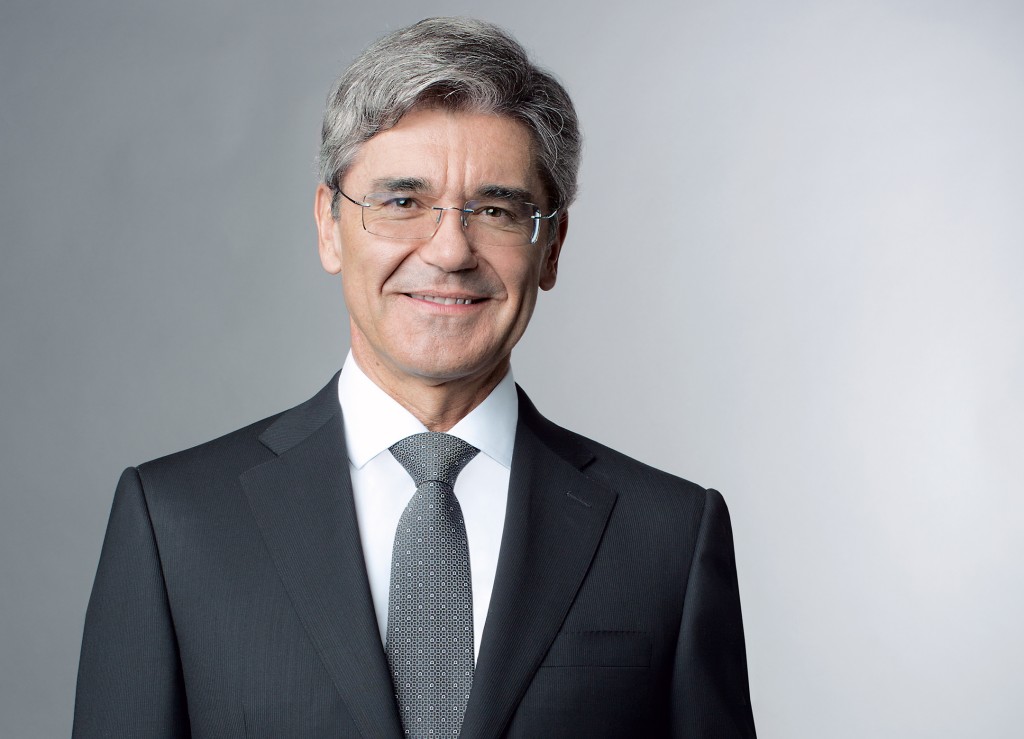 President and CEO of Siemens AG

Deputy CEO, CTO, CHRO and Member of the Managing Board of Siemens AG

Link to this page
www.siemens.com/press/cybersecurity